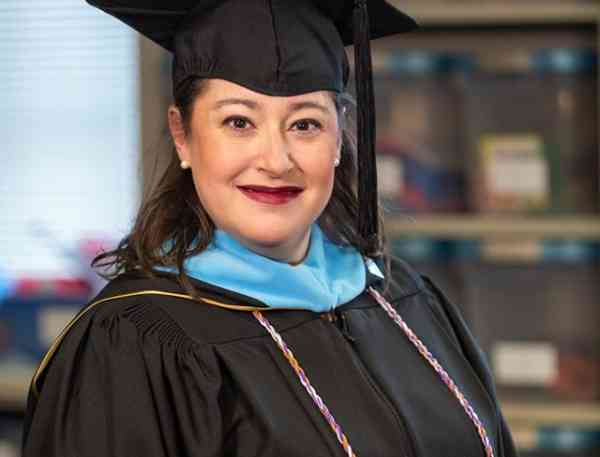 Do you know where your education journey will lead you? Maybe. But maybe not. On this edition of Online Stripes, hear the story of Mizzou graduate AND associate professor Amy Simons, who once thought she’d be a reporter, but soon found herself going in a whole different direction.

Think you know what your future career will be — and where your education will take you? Think again, because you might be surprised. Case in point? Mizzou graduate and associate professor Amy Simons.

Amy began her career working in the newsroom of the Chicago Tribune where she worked as a digital news editor. Today, she’s a professor in the Missouri School of Journalism, and she also received her master’s in learning technology and design, with an emphasis in online education.

"One of the things that this program did that suited me so well is that so much of it was project-based. Even the research methods class, which might be considered one of the most academically rigorous, was broken down in such a way that, for people like me, who hadn't been in a classroom as a student for the better part of 20 years, made it accessible because you could do it in stairs. You could do it in steps and you could do it in pieces."

As a student, Amy loved that the program was not only approachable and accessible — but, also, that she felt so supported through the years she spent working towards her master’s.

"The more I started doing the work, the more I realized it really was "me" time. Even when I was doing my homework because it was for my own benefit. I was doing it for myself."

Today, Amy brings her vast experience in the real world of journalism to the classroom, as she teaches multi-modal platform reporting and editing in the online interactive media master’s and graduate certificate programs at Mizzou. Her students learn through the “Missouri Method” which means “learning by doing” through student-to-student and instructor-to-student interactions online.

"I feel like I'm in a pinnacle and I'm so excited for the opportunity to take everything I've learned and really put it into action."

Amy’s exceptional work with her students earned her the Excellence in Teaching Award from the University Professional and Continuing Education Association. As Amy said when she accepted this award, her home now is in education, teaching college students about journalism — “how we do the work we do”. We are so incredibly proud of Amy — not only as one of our successful graduates — but also as one of our extraordinary faculty members, passing along her expertise and knowledge to the next generation of journalists.

So keep an open mind when you start your education journey. You never know where it might lead you.

Tune in to our next episode of Online Stripes. Presented by the University of Missouri — home of Mizzou Online. Available on Spotify, Apple Podcasts, iHeart Radio, and smart speakers.