3 tech execs on how advanced degrees changed their lives 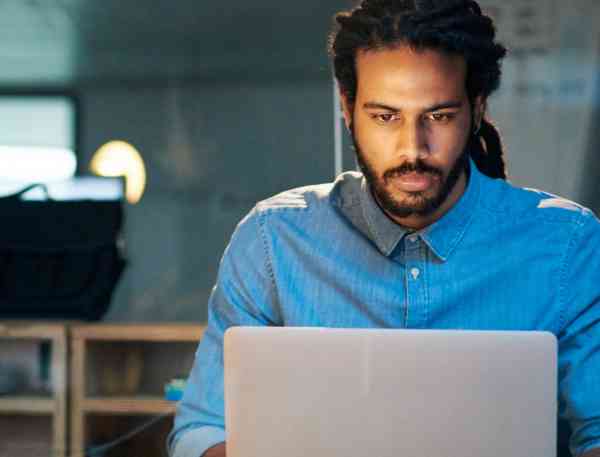 If 2020 had a word of the year, it would be “pivot.” Thanks to a pandemic and the resulting supply chain disruptions, travel restrictions, health concerns, and a competing desire for normalcy, business owners worldwide had to be flexible, adaptable, and when that didn’t work, they’ve had to change course completely.

For a rising number of business owners, pivoting has meant reskilling or upskilling—gaining new capabilities to make growth and progress possible, despite external shifts beyond their control. One increasingly popular way to build skills is through earning advanced degrees, often entirely online.

More than 6.9 million students were earning undergraduate and graduate degrees through online programs as of 2018, reported the National Center for Education Statistics. As of 2019, 77 percent of students had enrolled in online courses to improve their career prospects, according to Best Colleges’ Online Education Trend Report 2020. Of that total, 37 percent of students were looking for training to pivot their careers and 37 percent were trying to accelerate their career trajectory. More than twice as many students were pursuing a graduate designation versus an undergraduate degree.

The appeal of upskilling through an advanced degree continues to rise within the tech business community. 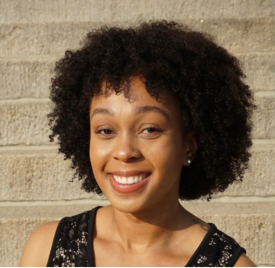 Bringing a fashion venture to fruition

Jonnette Oakes launched her business, SHADED by Jonnette, in the summer of 2020, right before beginning her two-year master’s in journalism at the University of Missouri (a.k.a. Mizzou). She had initially enrolled in the program to build on her undergraduate journalism degree, but quickly realized she could hone her business skills through her courses, too. In particular, the visual design course in her first semester led her to work on making her t-shirts more commercially appealing, she says.

SHADED by Jonnette is an Etsy-based apparel venture that relies heavily on tech tools for product development and production, ranging from an iPad to Procreate studio software to Cricut stencils and a heat press. Having benefited from the beautiful clothing her mother, a sewer, made as she was growing up, Oakes says, “Watching her inspired me to pursue my own creative passion.”

Although Oakes began her master’s at Mizzou to accelerate her journalism career, she sees now that being exposed to business studies in her journalism classes, “...was an added benefit for me,” and has enabled her to pursue two career paths simultaneously. 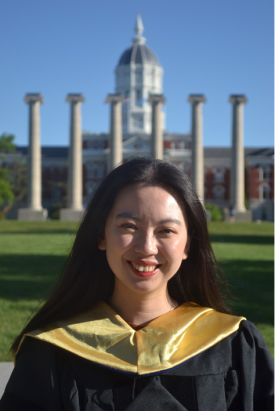 Kao Yang enrolled in the University of Missouri-Columbia’s master’s in data science and analytics program in August 2018 in the hopes of improving her career prospects. Assessing future hiring needs, Yang determined that there was likely a future in data analytics. “I did my research and found that data science was becoming very popular,” she says. Indeed, the industry is enjoying an 11% employment growth rate. Having a master’s in data science would make her more competitive in the job market, she believed at the start of the program, which she has confirmed since graduating in May of 2020 and landing a role as a marketing analyst with Veterans United Home Loans.

As a marketing analyst, Yang’s job is completely data-centered, she explains, and “what I learned at Mizzou helped me a lot in my new job.” Through the University of Missouri’s comprehensive program, Yang learned how to use the latest data tools and techniques to solve business challenges.

“The program laid a great foundation for analyzing results,” Yang says, which opened doors for her in mortgage finance. 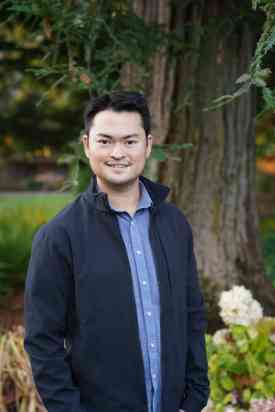 Jerry Ting, co-founder and CEO of Evisort, Inc., couldn’t decide whether to pursue a career in law or business, so he took both the LSAT and GMAT while finishing his undergraduate degree. On admission to law school, he left his job, temporarily setting aside his business aspirations to pursue a legal degree.

Just a few months into his legal education, however, Ting was bemoaning the amount of legal reading required. Professors, advisors, and mentors all told Ting he needed to learn to read faster, which led him to wonder why the whole process couldn’t be automated. Using artificial intelligence (AI), why couldn’t a program be written to locate those vital kernels of information within legal and business documents, Ting posed?

Ting joined an entrepreneurship program and was paired with a local entrepreneur, Amine Anoun, and a team of fellow law students who would act as legal advisors to the venture. Anoun was a PhD student working on an AI-related concept, so Ting proposed the idea of AI automating legal documents for feedback. Together they built a program to do just that.

For the remaining two-and-a-half years at Harvard, Ting, fellow student Jake Sussman, and Anoun worked together to build the business.

Evisort exists because, while immersed in earning an advanced degree, Ting recognized an opportunity to apply AI capabilities to a new industry. He was also able to leverage his education to earn credibility that attracted clients. His advanced degree made Evisort’s success possible.

Whether business owners are looking to build new skills, fortify existing ones to remain competitive, or a combination of the two, many are finding that enrolling in online graduate programs provide convenience and credibility—crucial to succeeding as a student and benefitting from your degree upon graduation.